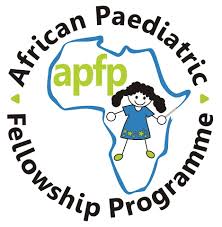 Established in 2007 and based in UCT’s Department of Paediatrics and Child Health, the APFP was created to transfer specialised skills to healthcare professionals across Africa, particularly those in areas where resources for such training are hard to come by. Through the APFP, practitioners gain fundamental training in focused paediatric areas.

Sixty-six doctors have received training or are receiving training in general paediatrics and paediatric sub-specialities such as nephrology, pulmonology, neurology, neonatology, haematology/oncology, gastroenterology, surgery, psychiatry and clinical genetics, depending on local healthcare needs. The fellows complete their training, many formally graduating with master’s degrees and exit examination accreditation in the paediatric discipline they studied. During the same period 70 paediatric trained nurses have returned home to 8 African countries, 31 of these prepared at Masters level. A number of these graduate nurses now work alongside APFP Fellow Paediatricians, establishing the trained multidisciplinary teams required to build capacity and improve health outcomes of children in the region.

Feedback from medical centres around Africa suggests that the APFP has successfully begun creating real capacity where little or none existed and has helped to build awareness, develop research and improve children’s healthcare provision.

Norbetta Washaya, who enrolled for an MMed in general paediatrics via the APFP in 2015, hopes the programme will enable her to enrich the health services at Mpilo Paediatric Hospital in Zimbabwe, from where she was referred to the APFP.

“My desire is to be a voice for the voiceless children, particularly; those whom without external intervention would not receive their basic right of quality healthcare,” said Washaya.

Naana Brobby, who enrolled for an MPhil in neonatology through APFP in 2016, wants to change the current reality of her home country Ghana having only one neonatologist.

“Even though there has been some significant reduction in the mortality rates, the neonatal mortality rate (NMR) has been stagnant over the same period, from 30 to 29 of every 1000 live births,” said Brobby. “Ghana currently only has one Neonatologist in the entire country, which is rather disappointing. For a country with a birth rate of 31.4 births per 1000 people, I think it is simply unacceptable that there are so few health care professionals who are specialised in [caring for] newborns.

“After this training, I hope to be able to go back and provide the necessary education and skills to the other professionals involved in both perinatal and neonatal care, be able to confidently and competently manage the common newborn conditions in babies of varying gestational ages, and help reduce the NMR significantly.

‘I like working with  APFP Nurse Fellow, Mr Rogers-Gift Benkele” says Dr Kunda Mutesu, Zambia’s only trained Neonatologist, “we make a good team, he is knowledgeable and open minded.” Together they are training others in neonatal resuscitation and have  already measured significant improvements in  newborn outcomes ”

The 30-minute show was divided into three clips, which you can watch by following these links:

Inside Africa - The tech curbing child mortality in Malawi

Inside Africa - Neonatal outlier is trainig for a better tomorrow

The Child Nurse Practice Development Initiative is very grateful to our supporters.