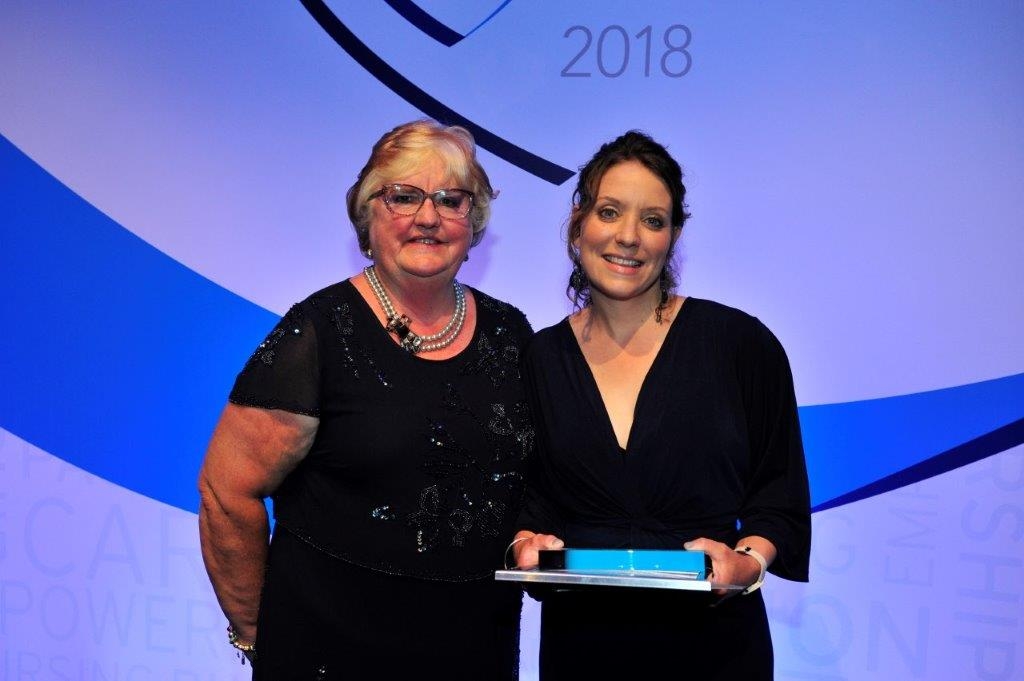 We are proud to announce UCT’s Child Nurse Practice Development Initiative (CNPDI) Critical Care education team as winners of the 2018 Burdett Nursing Award: Global Health Impact. Run in partnership with the University of Cape Town and the Red Cross Children’s Hospital – Africa’s premier training centre – this nomination recognises the team’s outstanding contribution to the development of paediatric nursing across the continent.

Led by UK-nurse practitioner, Clare Davis, this small but dedicated team have one clear aim: to build children’s nursing for Africa, in Africa. Since 2009, this team has trained 121 critical care children’s nurses from six sub-Saharan countries. Boasting a 94% graduation rate, so far 100% of graduates have returned to practice in their home countries, with many going on to lead important developments in local and national paediatric health services. As part of this, 2013 saw the team support alumni in Kenya as they worked to set up a second training site for the continent. This new centre has become a hub for nurses in East Africa - with 67 graduated and another 33 enrolled. Together they are the future of critical care child nursing in Africa.

Less than 2% of Southern African nurses are trained in paediatrics, a number that falls even lower in other sub-Saharan countries. Equipped with the skills and knowledge needed to save the lives of acutely ill infants and children, the critical care practitioners trained by Clare and her team are a critical resource that is in desperately short supply.

Clare came to South Africa from the Paediatric Intensive Care Unit at Birmingham Children’s Hospital in the UK, joining Minette Coetzee, Programme Leader (CNPDI) in 2009. At this point, she became the first and only critical care child nursing lecturer in Africa. It was a steep learning curve, but she never looked back:

‘One of the big things my experience of working in Africa has taught me is that it doesn't help to look at situations as being resource-poor. The philosophy of this team is that people, especially nurses, are resource-full. If you keep that in mind, you can usually find a way to get things done.’ - Clare Davis, Programme Convenor, Critical Care Child Nursing

Presented to a team led by a UK nursing professional, this award recognises teams who have made an outstanding contribution to patient care outside the UK. The first award of its kind for this small South African team, it is proud testament to the passion, skill and determination of Clare, the CNPDI team, and all its nurse graduates – each and every one of whom works on the frontline of critical care for children in Africa.

CNPDI Director Associate Professor Minette Coetzee said: “Clare is a dynamic & astute leader and engaging clinical teacher. Her diligence and clear thinking helps her team and students find ways to make excellence an achievable goal even for nurses working in the most challenging situations in Africa. Clare believes in nurses and has mobilised them to put their hearts and souls into equipping these nurses with the knowledge and the skills they need to make a difference. It’s wonderful to see that work and dedication being recognised by such a prestigious international body as the Burdett Trust. I’m incredibly proud of them.”

The Child Nurse Practice Development Initiative is very grateful to our supporters.