Mrs Sandra Roodt Retires: We Say Goodbye to a Champion for Children's Nursing 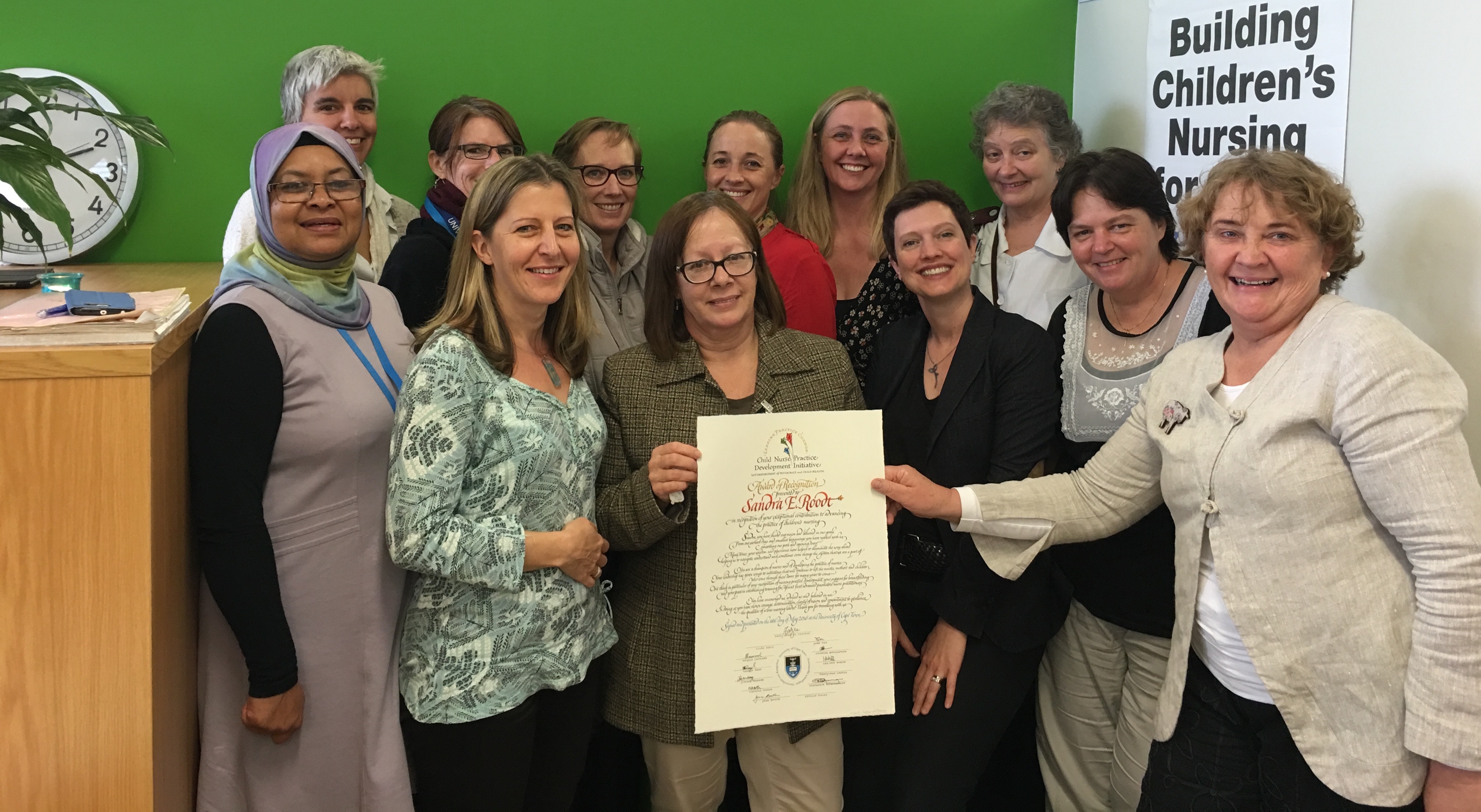 Mrs Sandra Roodt, Head of Nursing at Red Cross War Memorial Children’s Hospital, retired at the end of May 2016.  Mrs Roodt was appointed as Head of Nursing in 2006. Presenting her with a certificate crafted by renowned calligrapher Andrew van der Merwe to mark her contribution, Associate Professor Minette Coetzee thanked her for being an advocate and supporter of children’s nursing training and practice.

The CNPDI has established the Sandra Roodt floating trophy for Advancing Children’s Nursing Practice, which will be awarded annually at the hospital’s award ceremony.

“I was the recipient of the floating trophy for best student at the end of my own training. I am delighted that in naming this award after me, the CNPDI are recognizing the contribution that a nursing manager can make to strengthening the practice of children’s nursing. It is a lovely way of continuing the relationship between us, which is something I am very proud of”.

Mrs Roodt also spoke about her commitment to advancing child nursing practice, and celebrated the partnership between CNPDI and the Red Cross War Memorial Children’s Hospital and the Western Cape Department of Health:

“What we are growing is something we can be confident about” said Mrs Roodt. “This confidence comes from the connection between the hospital and the CNPDI. Nurses at the bedside don’t always have the time to do research, but we need to know about it, make use of it and most importantly take part in it. It’s essential that as nurses we can say why we do things, and understand the evidence behind our practice.”

You can see more of Andrew van der Merwe’s wonderful calligraphy at www.writtenword.co.za